(NEW YORK, NY) — Emmy and BAFTA award-winning actress Jodie Comer (BBC America’s “Killing Eve”) will make her Broadway debut in At first glance, a new play by Suzie Miller, directed by Justin Martin (The Jungle at St. Ann’s Warehouse). The production, which is in the final two weeks of a sold-out West End run, will come to Broadway for a limited spring 2023 engagement at a Shubert Theater to be announced. Prima Facie is produced by Empire Street Productions.

Jodie Comer said: “It has been an absolute privilege to tell Tessa’s story here in London over the past few weeks and to now have the opportunity to take At first glance on Broadway is a dream come true.

Comer recently made his West End debut in At first glance, earning rave reviews for her stunning performance as Tessa in Miller’s award-winning solo piece. The production opened on April 27 at the Harold Pinter Theater, where it runs until June 18. It features an original score by Rebecca Lucy Taylor, better known as Self Esteem., and who wrapped up their first US tour earlier this year. 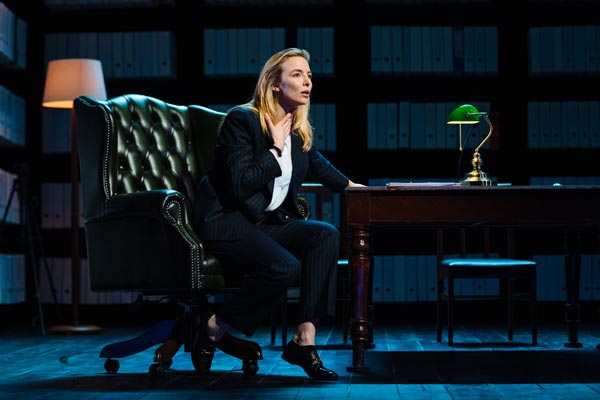 Jodie Comer in the West End production of At first glance. © Helene Murray

The scenographer and costume designer is Miriam Buether. The lighting designer is Natasha Chivers. Sound designers are Ben & Max Ringham. The composer is Rebecca Lucy Taylor. The video is by William Williams for Treatment Studio. US general management is provided by 101 Productions Ltd.

Advertise with New Jersey Stage for $50-$100 per month, click here for more info

Theater, opening night and on-sale dates will be announced in the coming weeks. To register for more information go to: www.primafacieplay.com/broadway 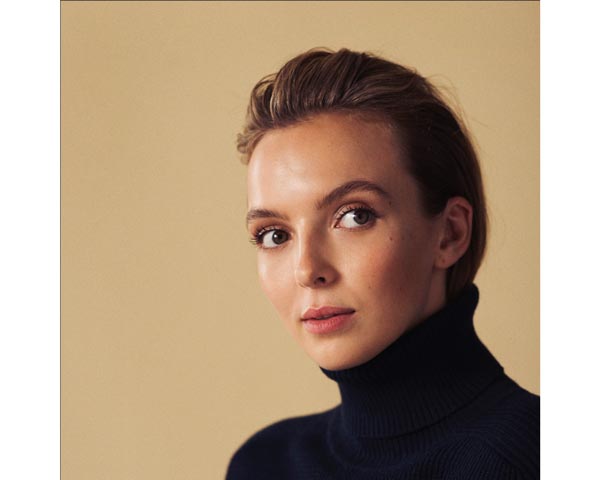 Jodie Comer (Tessa). Jodie rose to prominence in ‘My Mad Fat Diary’, ‘Lady Chatterley’s Lover’ and ‘Doctor Foster’. She was named Screen International Star of Tomorrow in 2016. The same year, she received her first BAFTA TV nomination for her lead role in “Thirteen.” In 2017, she played the title role in “The White Princess”. In 2019, for her role in ‘Killing Eve’, Jodie won Leading Actress at the BAFTA TV Awards, Primetime Emmys, Royal Television Society Awards and Broadcasting Press Guild Awards. More recently, she starred with Ryan Reynolds in free guyat Ridley Scott, The last duel, alongside Matt Damon and Adam Driver, and executive produced and starred in “Help,” winning the BAFTA for Lead Actress for her performance. Jodie is currently making her stage debut in the UK premiere of first face at the Harold Pinter Theater to huge critical acclaim. Subsequently, she will play in the feature film The end from where we startby Alice Birch from the acclaimed novel by Megan Hunter. 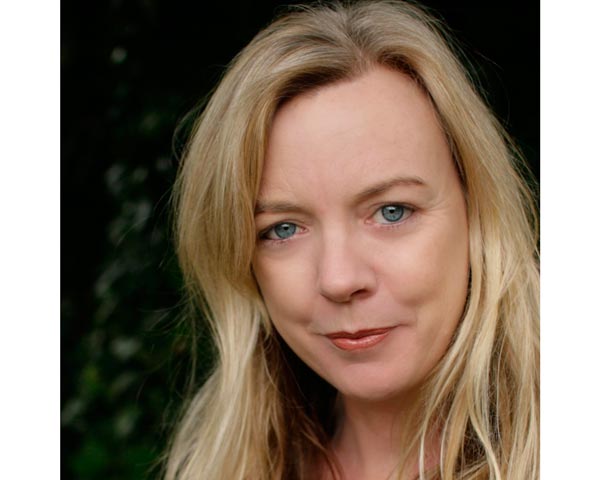 Susie Miller (Playwright) is a contemporary international playwright, librettist and screenwriter drawn to complex human stories that often explore injustice. She won the Australian Writers’ Guild and Kit Denton Fellowship for Writing with Courage in 2008. Born in Melbourne, she now resides between London and Sydney. Miller has been produced worldwide and has won numerous prestigious awards. At first glance(created 2019, Griffin Theatre) won the 2020 Australian Writers’ Guild Award for Drama; the 2020 David Williamson Award for Outstanding Theatrical Writing; and the prestigious 2020 Major Australian Writers’ Guild Award in all categories of theatre, film and television. Its debut production earned five-star reviews across all platforms. Suzie has a background in law and science and is currently developing major theatre, film and television projects in the UK, US and Australia. Suzie worked as a human rights lawyer and children’s rights lawyer before quitting law and moving to London in 2010 with her young family to pursue a career as a full-time theater writer. 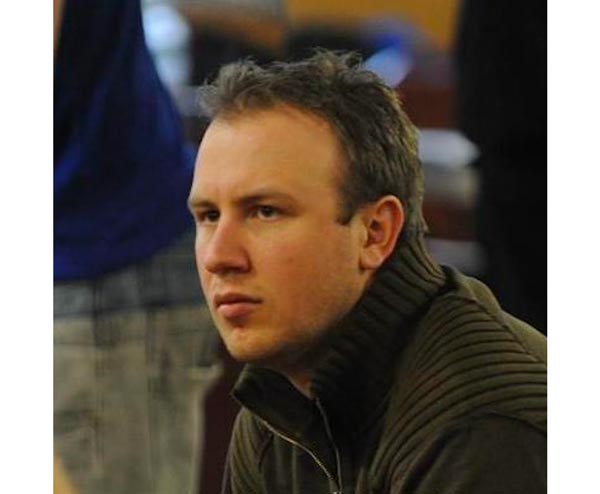 Justin Martin (Director) is an award-winning director working for theatre, film and television. He has worked throughout North America, Europe and Australasia. More recently, Justin co-directed with Stephen Daldry the critically acclaimed film Together for BBC Films (with James McAvoy and Sharon Horgan). He is also currently developing a film adaptation of the hit play The jungle for the BBC. His critically acclaimed production The jungle (A Young Vic/National Theater co-production) recently played in San Francisco, following sold-out seasons at St Ann’s Warehouse in New York, the West End and the Young Vic. The show won awards including an Obie, a Southbank Sky Arts Award and a Broadway World Award for Best Direction. Justin’s critically acclaimed production Low Level Panic sold twice at the Galway Theater Festival before touring all over Ireland and a sold-out season in Australia. He was associate director on Billy Elliot the Musical working on Broadway, North America, South Korea, Amsterdam and Australia. Other screen credits include work on seasons 1 and 2 of the award-winning Netflix series The crown and on NT Live’s hugely successful performance of skylight and The audience. Justin is an associate artist with the Good Chance Theater – a company dedicated to working with and about refugees. He has done a number of works for them, including recently working on a number of promos for The walk – a theater festival stretching over 8000 km from the Syrian border to Manchester. He was the first recipient of the Roger Leach Prize for Drama. Justin continues to work with some of the most renowned theater, film and television companies in the world. He is attached to lead new plays in London, Sydney and New York when COVID 19 wanes. He is also currently developing film and television projects in the UK, US and Australia.

Empire Street Productions (Producer) was created by James Bierman to develop and produce works in theatre, television and film. Recent theater credits include macbeth with Daniel Craig and Ruth Negga on Broadway; by Sam Shepard true west with Kit Harington and Johnny Flynn at the Vaudeville Theatre; Tracy Letts’ joe the killer at Trafalgar Studio with Orlando Bloom; with new dates for Martin McDonagh’s iconic rescheduled The Pillowdirected by Matthew Dunster forthcoming. Ballywater, a BFI, Screen Ireland and NIS backed feature by Stacey Gregg and directed by Prasanna Puwanarajah is in post-production. Documentary The real Charlie Chaplin, directed by Peter Middleton & James Spinney is out. ESP is currently developing film and television projects with Filmnation, Anonymous Content and Content Superba. As executive producer at Donmar Warehouse (200611), Bierman was involved in more than 45 productions which won numerous awards including Tony, Drama Desk, Olivier, Evening Standard, Critics’ Circle and South Bank Awards, including John Logan. RED with Eddie Redmayne and Alfred Molina; Frost Nixon with Michael Sheen and Frank Langella; Mary Stuart with Harriet Walter and Janet McTeer; and Hamlet with Jude Law. As a producer at the Michael Grandage Company (MGC), which he founded with Grandage in 2011, he produced a hugely successful season of work at the Noel Coward Theater in London’s West End: Soldiers on parade with Simon Russell Beale, A summer night Dream with Sheridan Smith and David Walliams, Peter and Alice with Dame Judi Dench and Ben Whishaw, Henry V with Jude Law, and The cripple of Inishman with Daniel Radcliffe, which later performed at the Cort Theater on Broadway. Following the success of this season, he produces Photography 51 with Nicole Kidman, and glare with Emily Dobbs, with Andrew Scott. Bierman’s feature debut, Geniuswritten by Oscar nominee John Logan and starring Colin Firth, Jude Law, Nicole Kidman and Laura Linney, premiered in competition at the 2016 Berlin Film Festival.

Janhvi Kapoor reveals she felt ‘worthless’ because she could be a star; Said, “I cherish acting and I live for it”

Music, theatre, comedy and special events to mark the fall 2022 season at the Staller Center For The Arts