Britain’s National Youth Brass Band, a product of that spirit, is due to celebrate its own platinum jubilee on August 6 with a celebratory concert at the Royal College of Music in London.

While the performance, led by Martyn Brabbins, is sure to delight its audience, it also symbolizes what happens when young people from very diverse backgrounds are given the opportunity – and permission – to make music together at the highest level. . This is something we intend to cultivate long after our big anniversary year. (Mark Bromley shown below).

The NYBBGB 70se The anniversary concert marks the opening of a new chapter and a major milestone in our rich history. It signals our determination to shine the spotlight on some of this country’s brightest musical talent. Our wonderfully eclectic program includes classics such as Tintagel by our founding chef Dr Denis Wright (universally known as Doctor Denis), Eric Ball’s Resurgam and John Ireland Comedy Overture. As one of the world’s leading curators of new brass band music, we have invited Scottish composer Peter Graham to write something for our special anniversary. The band will give the world premiere of their Hyperlinkwith Derek Bourgeois’ Serenade and the evergreen of Malcolm Arnold Padstow Lifeboat. There is room on the bill for two short plays by Martyn Brabbins and a selection by Canteloube Songs of Auvergnein which we will be joined by guest soprano Nardus Williams, a glorious young star of the British opera and concert scene.

As we celebrate our past and look to the future, we will reflect on the lasting legacy of Bramwell Tovey. Bram, who sadly passed away last month, served as artistic director from 2006 until his retirement two years ago. His belief that young people deserve the best proved transformational and led to the world premiere of James MacMillan’s oratorio. All the hills and valleys along, in which our Youth Band performed alongside the London Symphony Chorus and members of the London Symphony Orchestra at the Barbican Centre. We will think of him fondly when we come to the Royal College of Music. 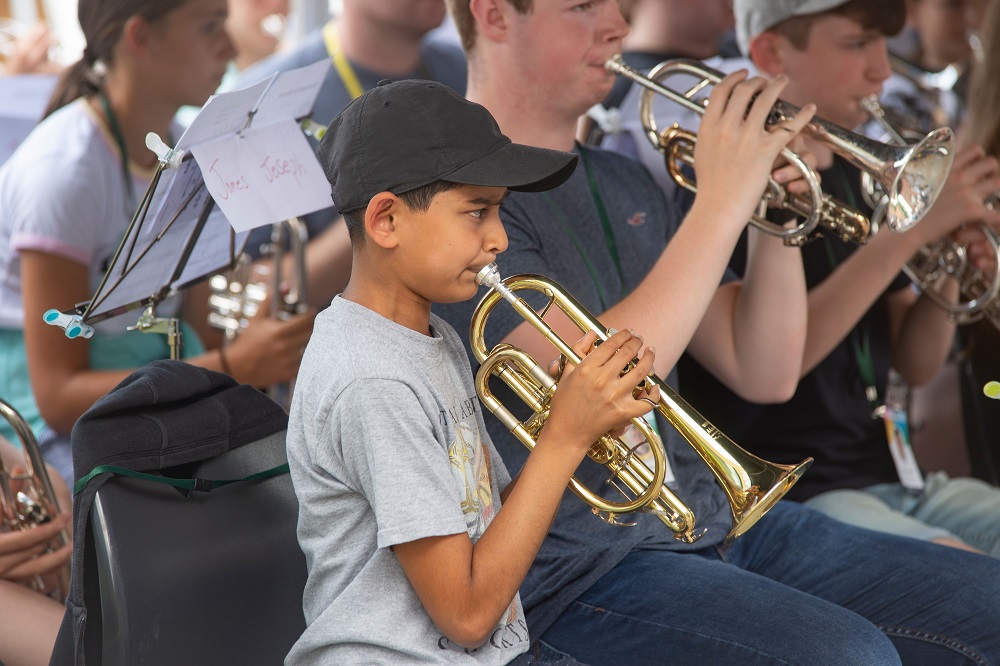 The NYBBGB plays a key role in maintaining the UK’s vibrant banding ecosystem. British community brass bands suffered from the decline of heavy industry in the 1980s and 1990s, which forced the closure of coal mines and factories that supported their own brass bands. Major Championship-level bands including Black Dyke Mills and Grimethorpe Colliery have found new sponsors – but others have folded, as have many town bands. This trend has come to a halt over the past two decades to leave around five hundred competition level bands across the UK. They are not only invaluable musical assets, they are also an important part of British civil society – genuine community groups that bring joy to their audiences and vital opportunities for people to make music together. Our residential courses provide inspiring coaching and performance experiences for young players who bring that energy back to their groups across the country.

The NYBBGB sits atop a pyramid (supplemented by the national youth brass bands of Scotland, Wales and Northern Ireland) of county youth brass bands and those from the voluntary sector, local music services and schools. We depend on this structure to provide new members; if one or more of its parts become weak, it will inevitably affect our recruitment. Over three-quarters of the education of our current cohort is publicly funded, including those at specialist music schools, such as Chetham or the Purcell School, where their fees are heavily subsidized by government music program funding. and dance. 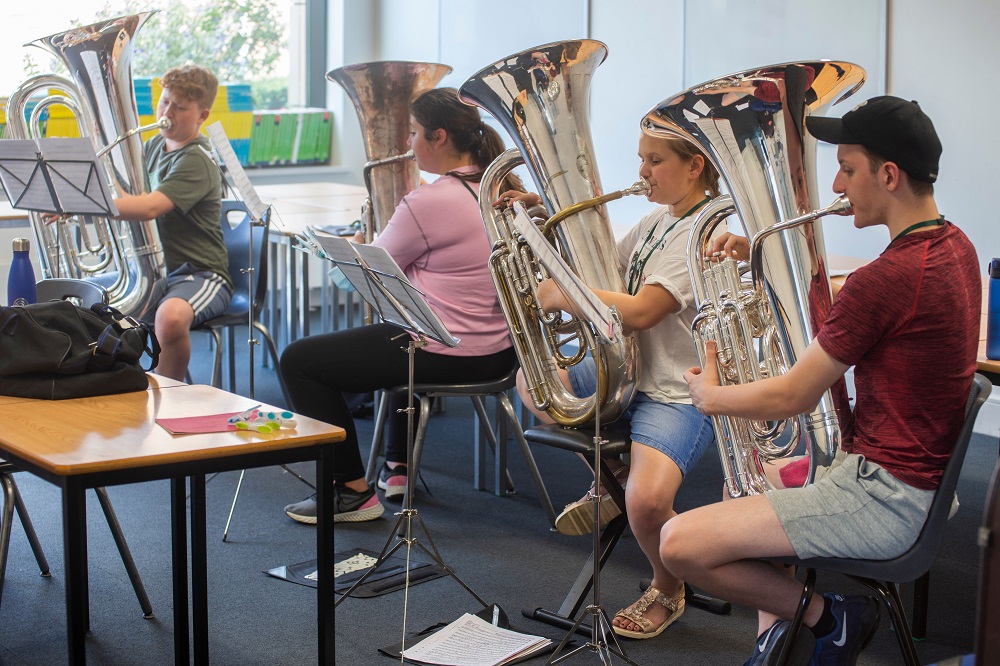 In this era of sustained cuts to music education in public schools, marching bands provide an alternative path to musical creation for children whose parents cannot afford private lessons. Most groups lend instruments for free and give lessons to new recruits. But they have seen a drop in the number of young people manifest over the past decade, thanks in particular to the loss of 1,000 music teachers during this period and the suspension of around a third of face-to-face instrument lessons. faced since the pandemic. began. That’s why the NYBBGB is exploring ways to help children learn a brass instrument. We have already sent small sets of our Youth Band to schools to inspire the next generation of players. We are also launching our Brass Building Blocks programme, in conjunction with the Band of the Royal Marines, which aims to improve the existing skills of young players and raise their technical standards, and plans to roll out a series of brass masterclasses for secondary school. school students.

Beyond banging the drum for all marching bands, we are passionate about expanding access to both of our ensembles. The Children’s Band, open to players aged 8 to 13, lined up an equal number of girls and boys for our summer course last month, while the Youth Band, made up of brass and percussionists aged 14 to 19-year-olds of at least Grade 8 level or equivalent are close to parity. Last year, we asked leading educator and bandleader Roy Terry to survey the socio-economic and demographic backgrounds of our members, which showed that while we do well on equality and have made real progress in social inclusion, we have work to do to broaden the ethnic diversity of our members. We also want to reach parts of the country, from Cumbria to Suffolk, Herefordshire to Tyne and Wear, which have traditionally stood outside our main recruiting centers in the North West, London and East Midlands. 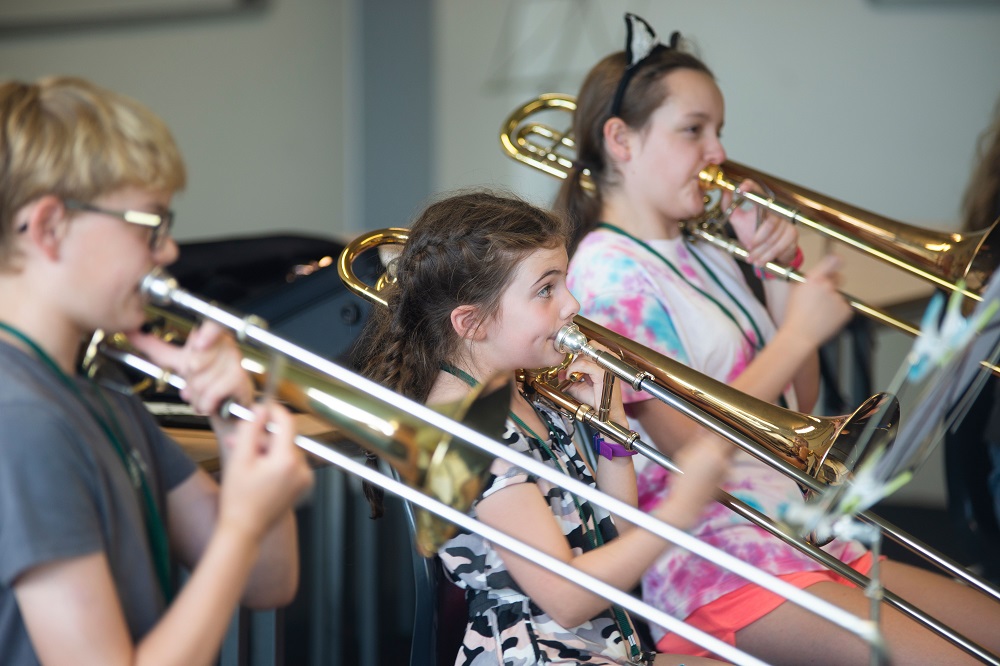 Our alumni, some of whom will be familiar as BBC Young Musician of the Year finalists, have progressed to play with some of the best orchestras in the world; others work behind the scenes as arts administrators and managers, music teachers and animators. Maurice Murphy, co-principal trumpet of the London Symphony Orchestra for thirty years and the man who nailed the opening do top of the first star wars soundtrack, was principal cornet for the first NYBBGB course in April 1952. His successor at the LSO, Philip Cobb, now principal trumpet with the BBC Symphony Orchestra, also played with us; likewise, current LSO Co-Trombone Principal Peter Moore, Ian Bousfield, former LSO Principal Trombone and Vienna Philharmonic Orchestra, conductor Ben Gernon and trombonist Izzy Daws, who recently won the position of the Karajan Academy with the Berlin Philharmonic Orchestra.

Not everyone can or wants to become an orchestral player or soloist. Many of our alumni find careers as doctors, bankers, business leaders and scientists. Whatever they choose to do after leaving Britain’s National Youth Brass Band, we know that the experience, confidence and friendships they gain while with us will stay with them forever. It really is something to celebrate.

The Chainsmokers become the first musical group to perform in space